Another cassette tape special will be broadcast on Radio Reverb 97.2FM in Brighton during January 2016
The first part of the show contains three stories by Blaster Al Ackerman, performed by Steve ‘Sleaze’ Steele and produced by Circa69 in 1995.
The stories are:
The Man in the Green Night Shirt
The True Reality
I Remember Spine Weekly 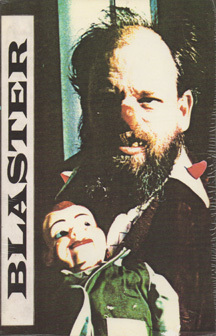 Both parts of the show will be uploaded as a podcast later in January 2016.

The one-two combo of ‘You Never Should’+‘Nothing Much to Lose’ knocks me out every time. #TimsTwitterListeningParty @MBVofficial