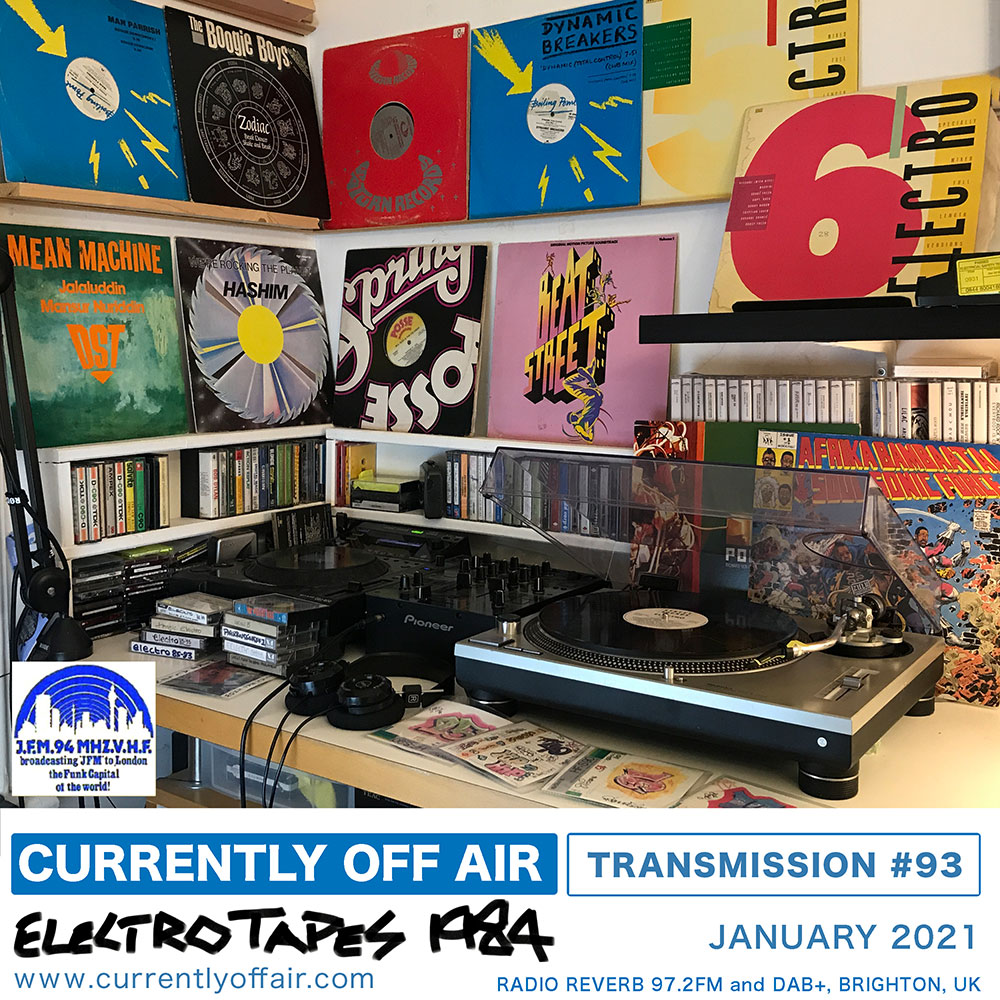 South London. It’s a Saturday night in the Autumn of 1984, A teenager sits by the radio, spinning the dial, in search of new sounds, like the ones he has heard rocking the charts from time to time. And then, there it is, the new sound, on 102.8 FM, pirate station JFM, DJ Paul Dodd presents the Electro Funk Chart: top selling import 12″s from Groove Records in Soho.

This mix is some of the freshest sounds from the Autumn of 1984. A time of B-Boys and B-Girls, Fresh MCs, Graffiti artists, Body Poppers, DJs cutting and scratching on the wheels of steel, Streetsounds Electro compilations, 808 Drum machines, when Hip hop was the culture and Electro was the music, a mix of rap, synth-pop, turntable cut ups and electronic dance music. So, pause buttons at the ready, dust down your tracksuit, lay down some Lino, crank up the Boombox and let’s dance.